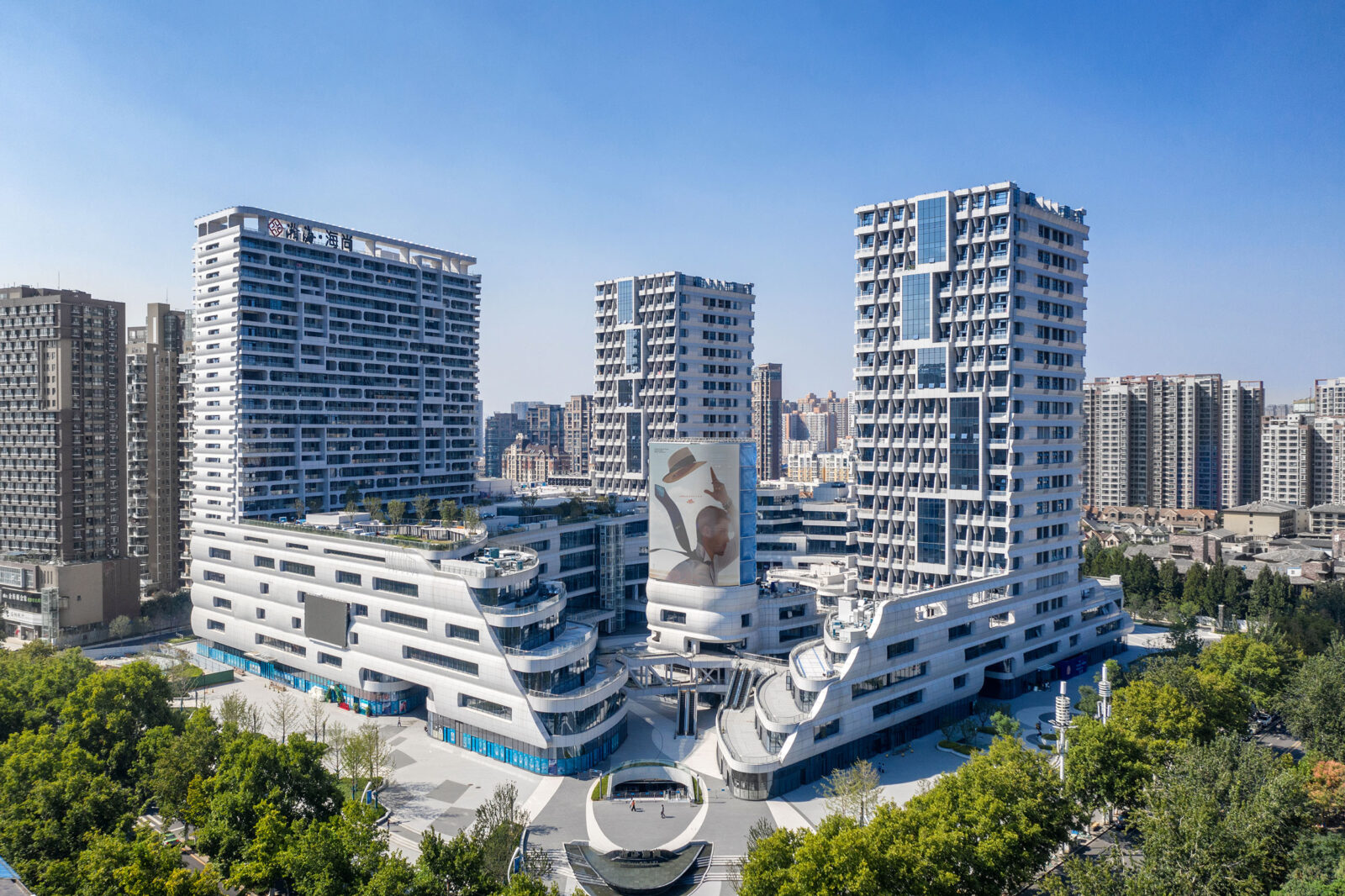 Haishang Plaza is located in the utmost residential district of Northwest Zhengzhou and is intended to be a premier shopping and entertainment destination. The design incorporates a mixed-use program including SOHO and LOFT towers, an indoor shopping mall, and an outdoor lifestyle retail space. The commercial programs throughout the indoor and outdoor shopping areas include retail, food & beverage, entertainment (cinema, children’s play land), and cultural activities. 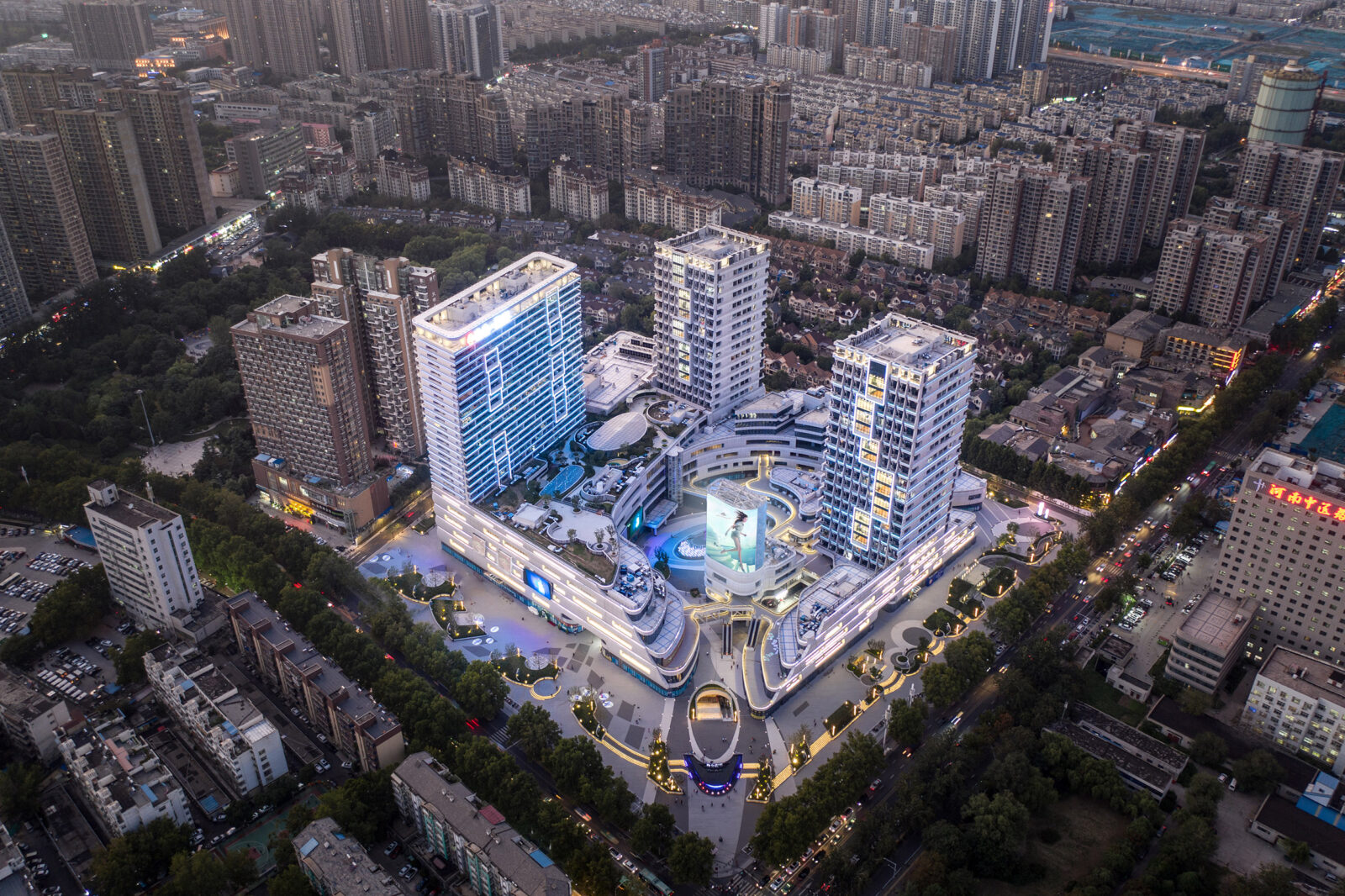 Stitching these programs together is a large public plaza designed to become a vibrant gathering space for residents and consumers alike. The plaza itself opens to a busy transit corridor and is formed by the five story shopping mall located on the west, the lifestyle retail connecting with pedestrian streets on the east, and an LED tower establishing the entry to the plaza on the southeast; which also acts as a visual invitation to the project. 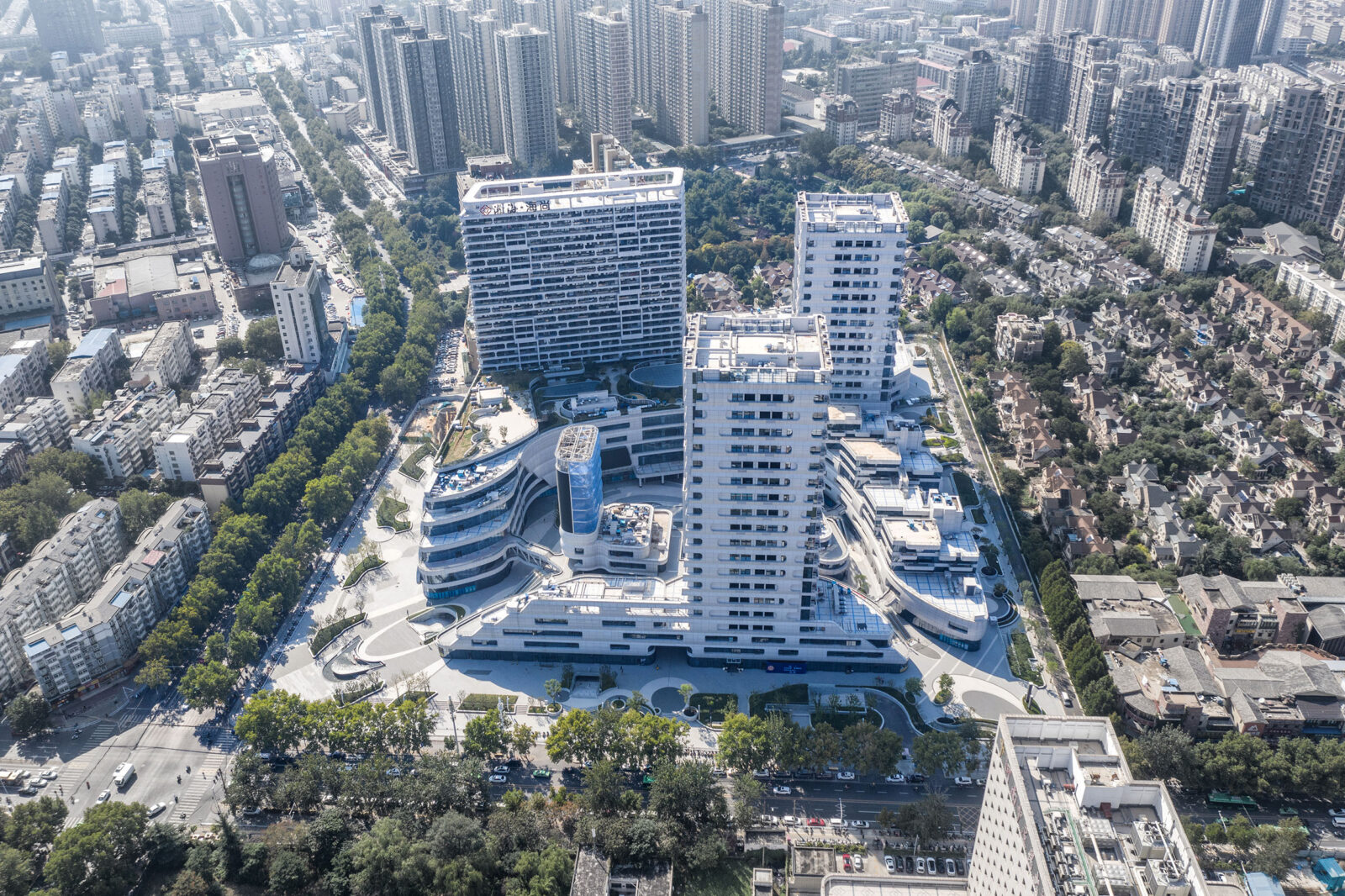 The master plan design enhances views in and out of the site making the main mall mass and the lifestyle retail highly visibility from the street frontage. These vast view ranges display the architecture throughout the project from many different perspectives. To make the project read as a singular gesture the intention was to create a flowing facade design that would tie together all the forms under one architectural language. The soft horizontal lines of the swooping facade not only formally tie the project together but encourages movement throughout its pedestrian streets.

To create a connection between the SOHO and LOFT towers and the pedestrian corridors at the ground level communal green boxes were embedded into the towers. The green boxes not only provide communal spaces for those living in the towers but act as display spaces for people who live and work in the towers. These display spaces became a unique integral design element to the SOHO and LOFT towers. 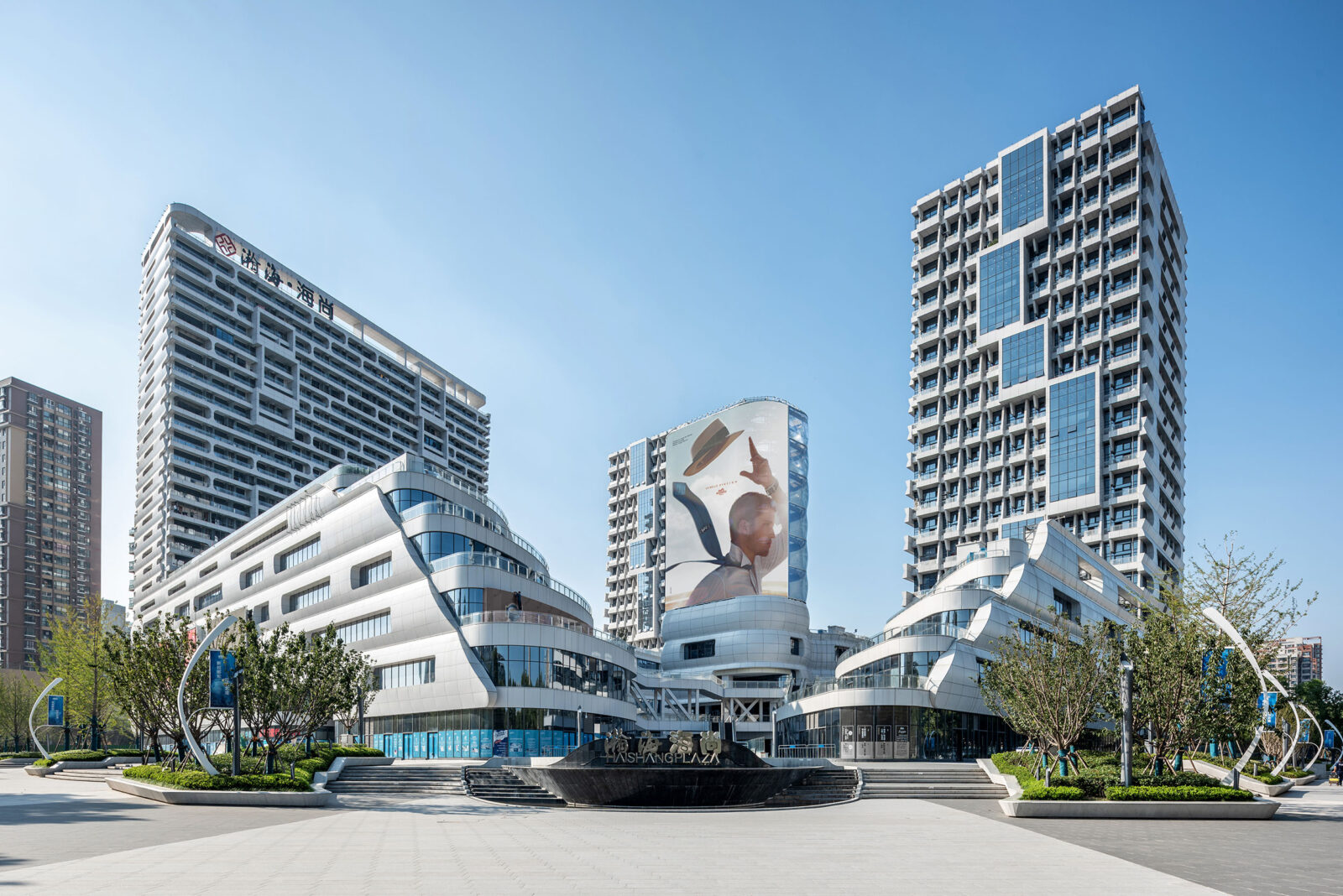 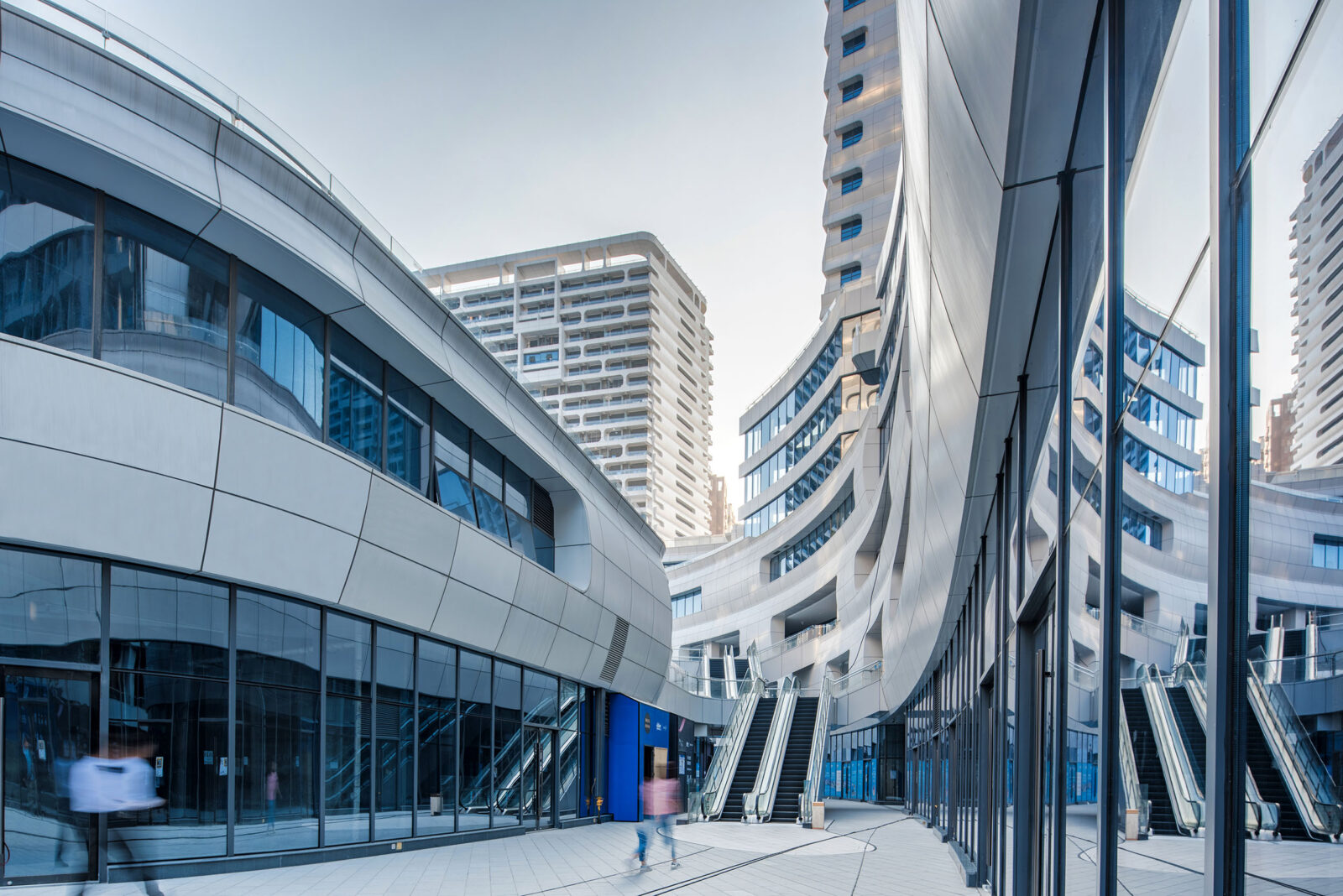 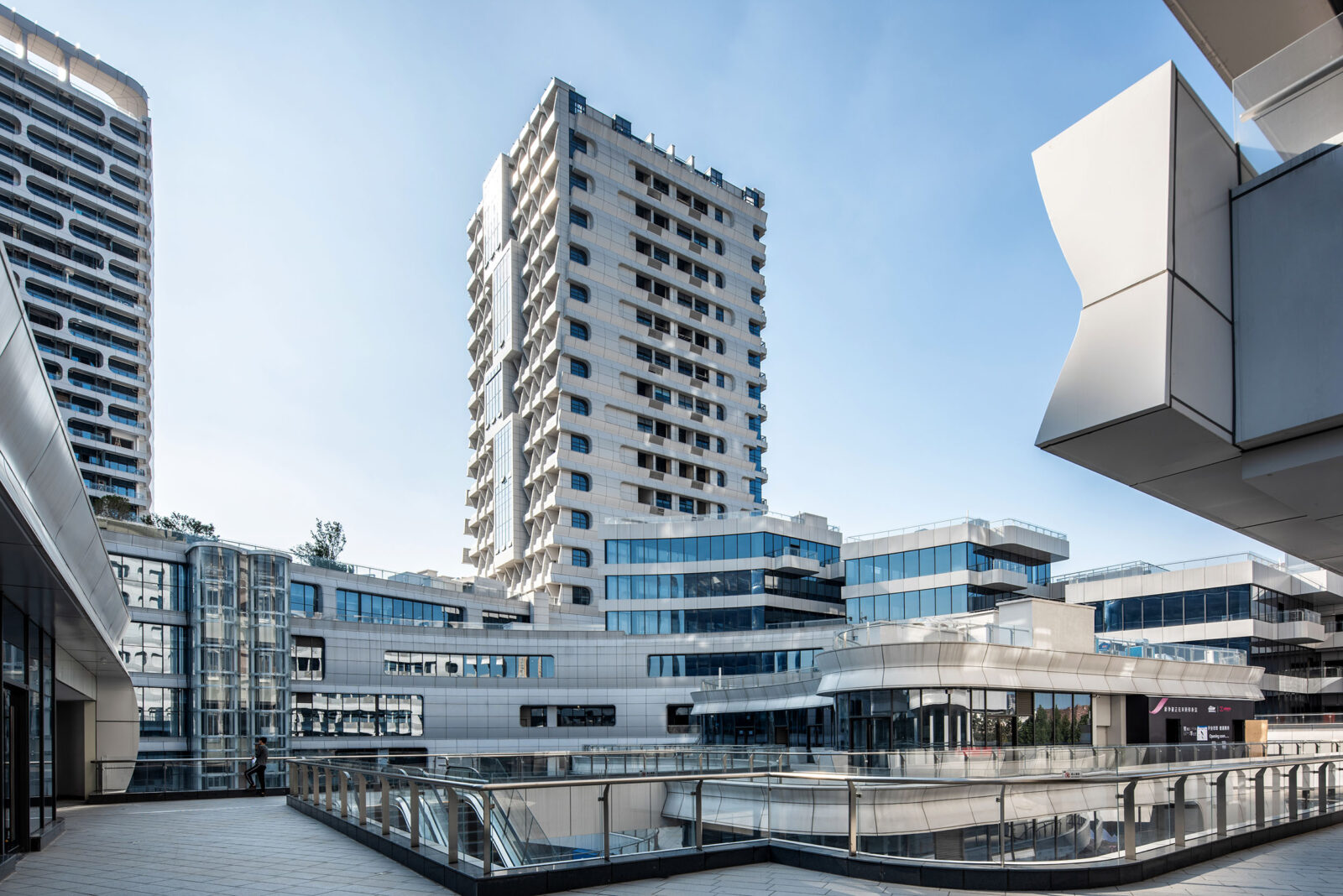 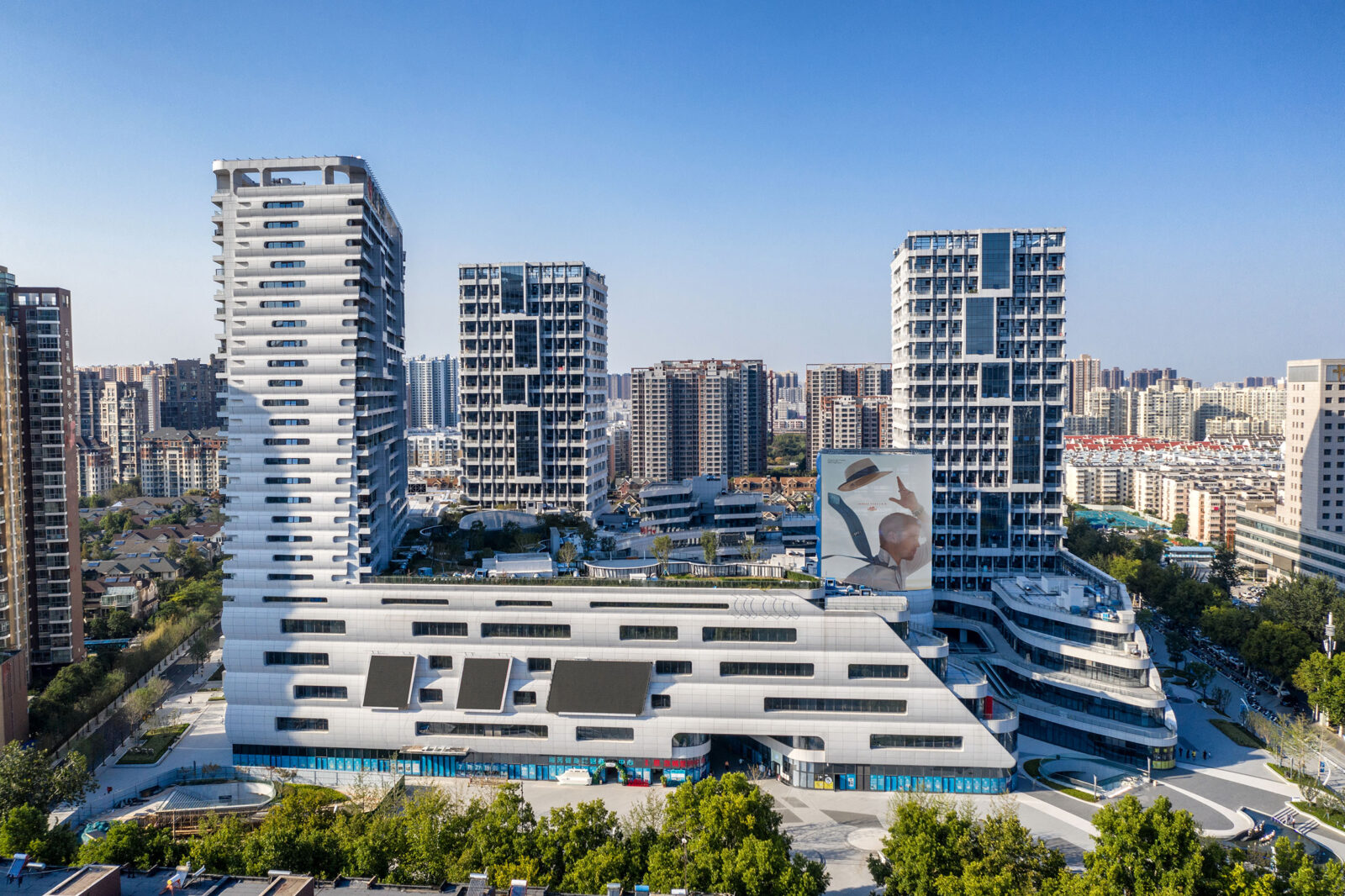 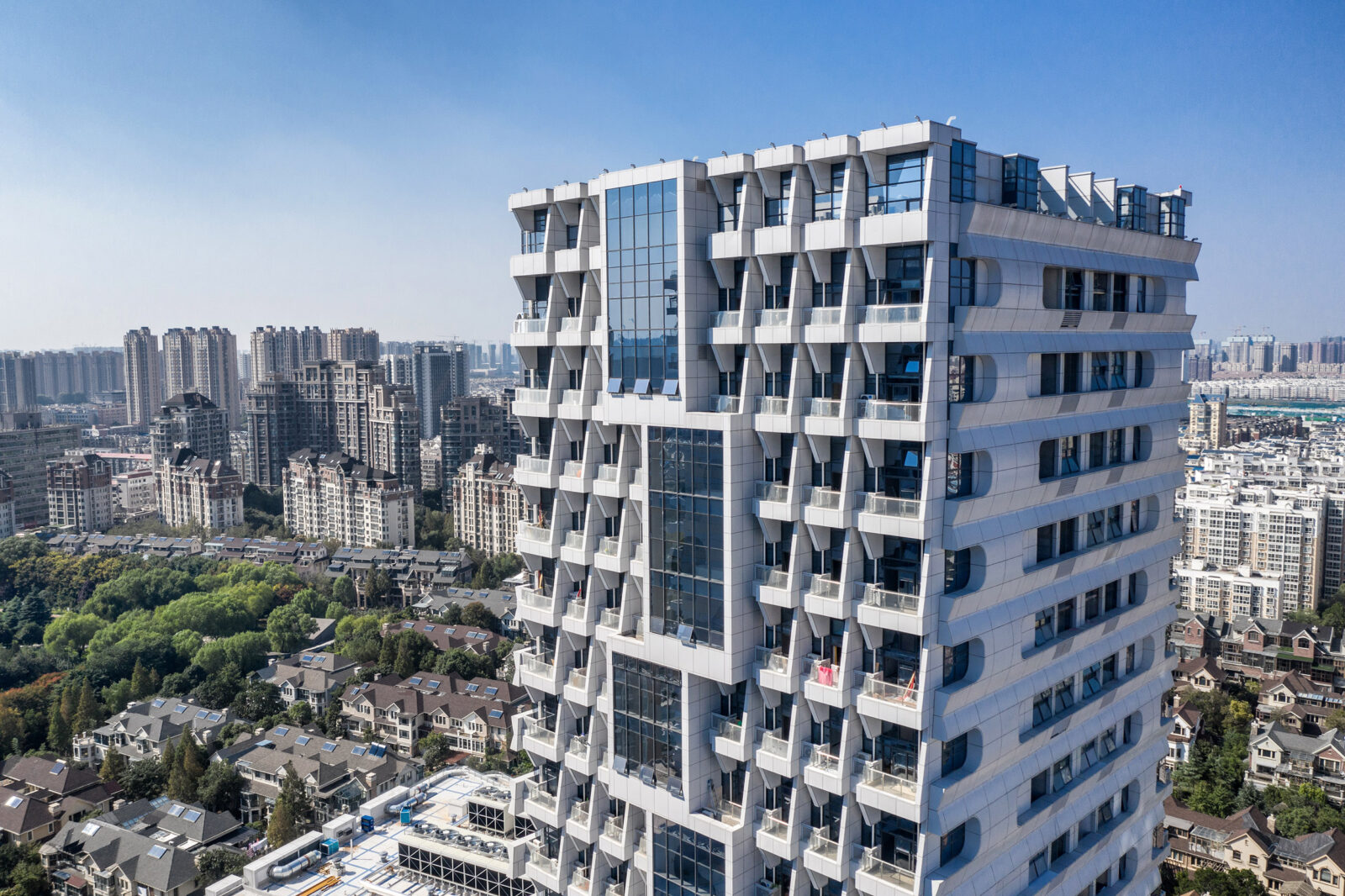 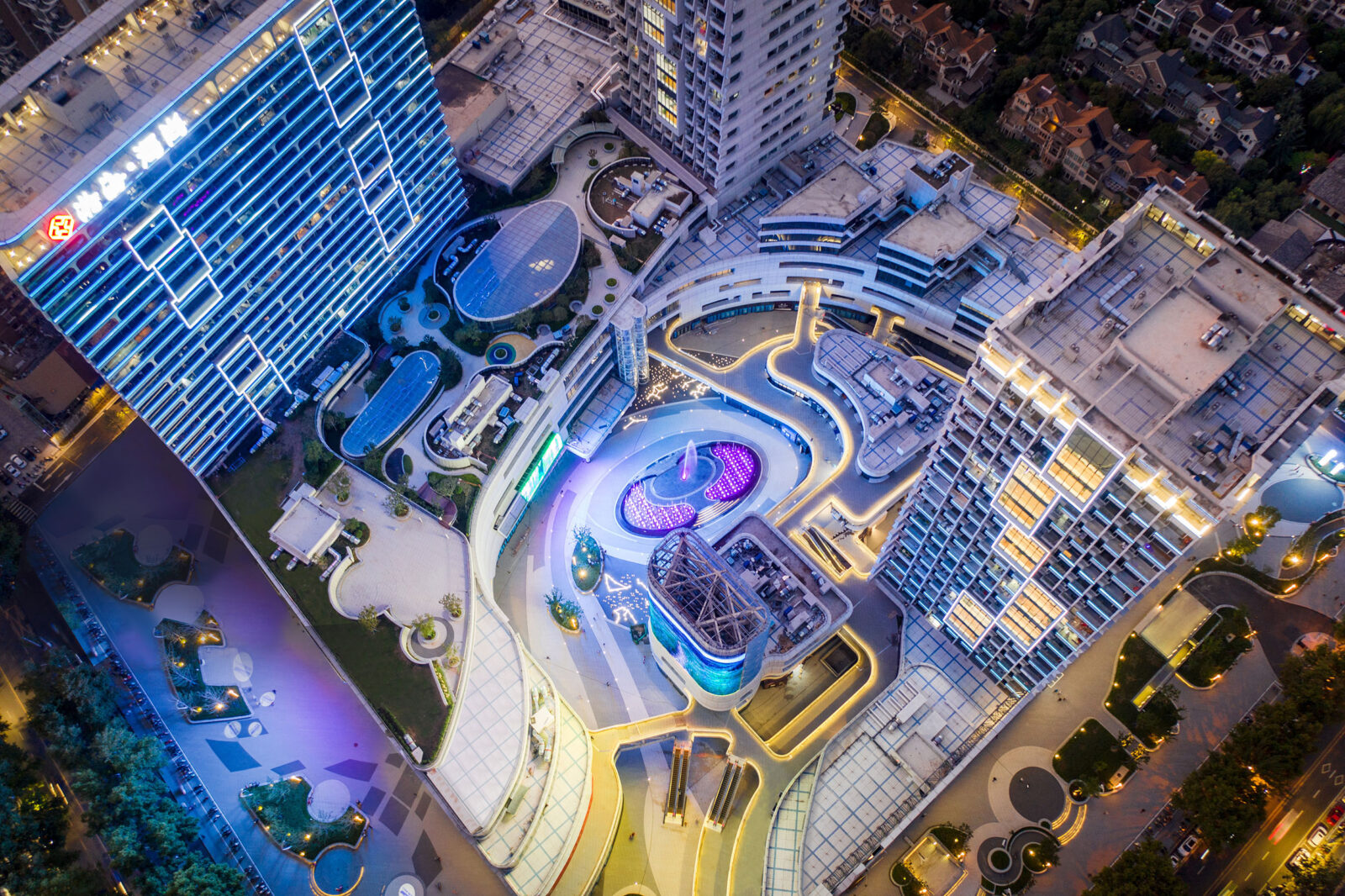 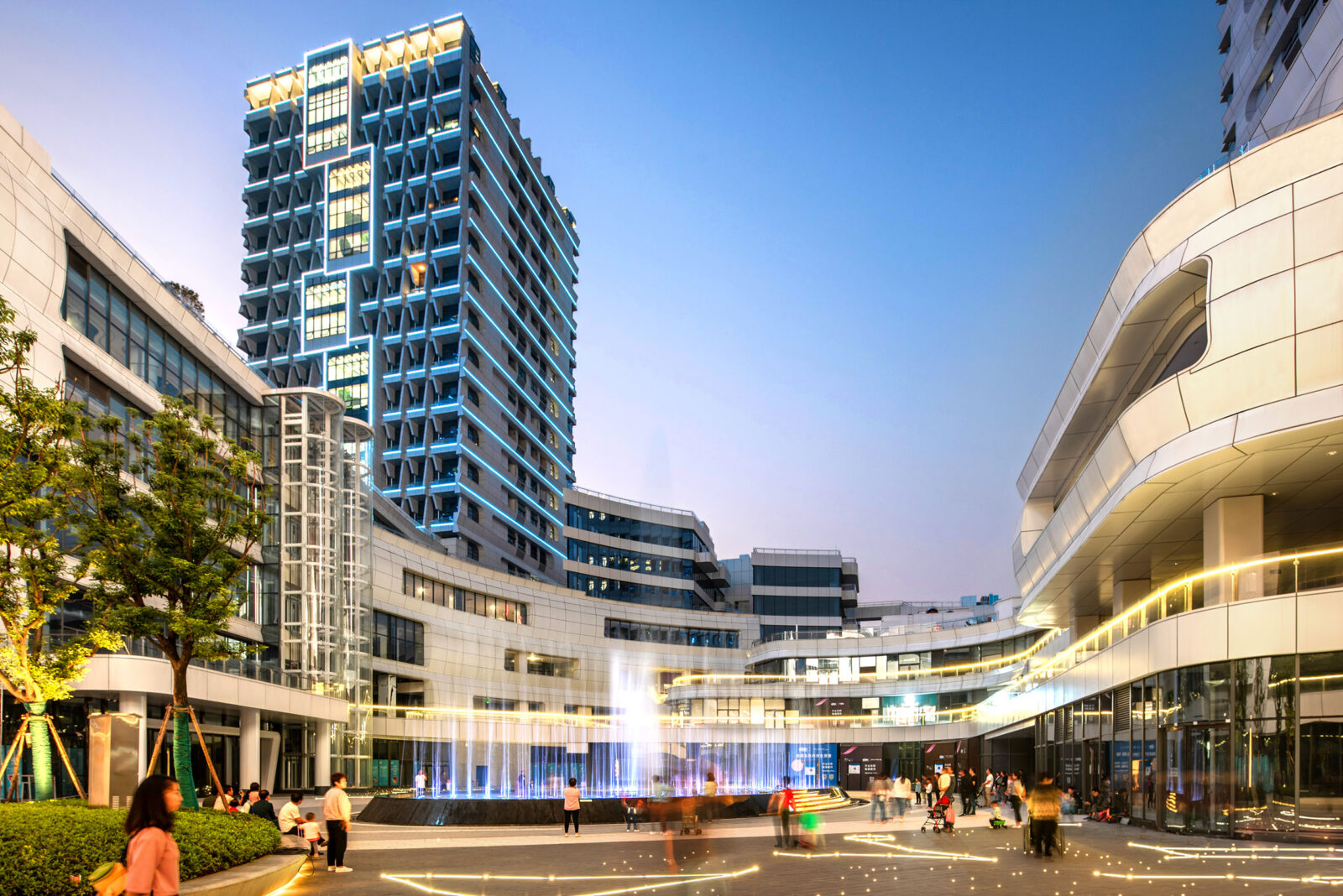 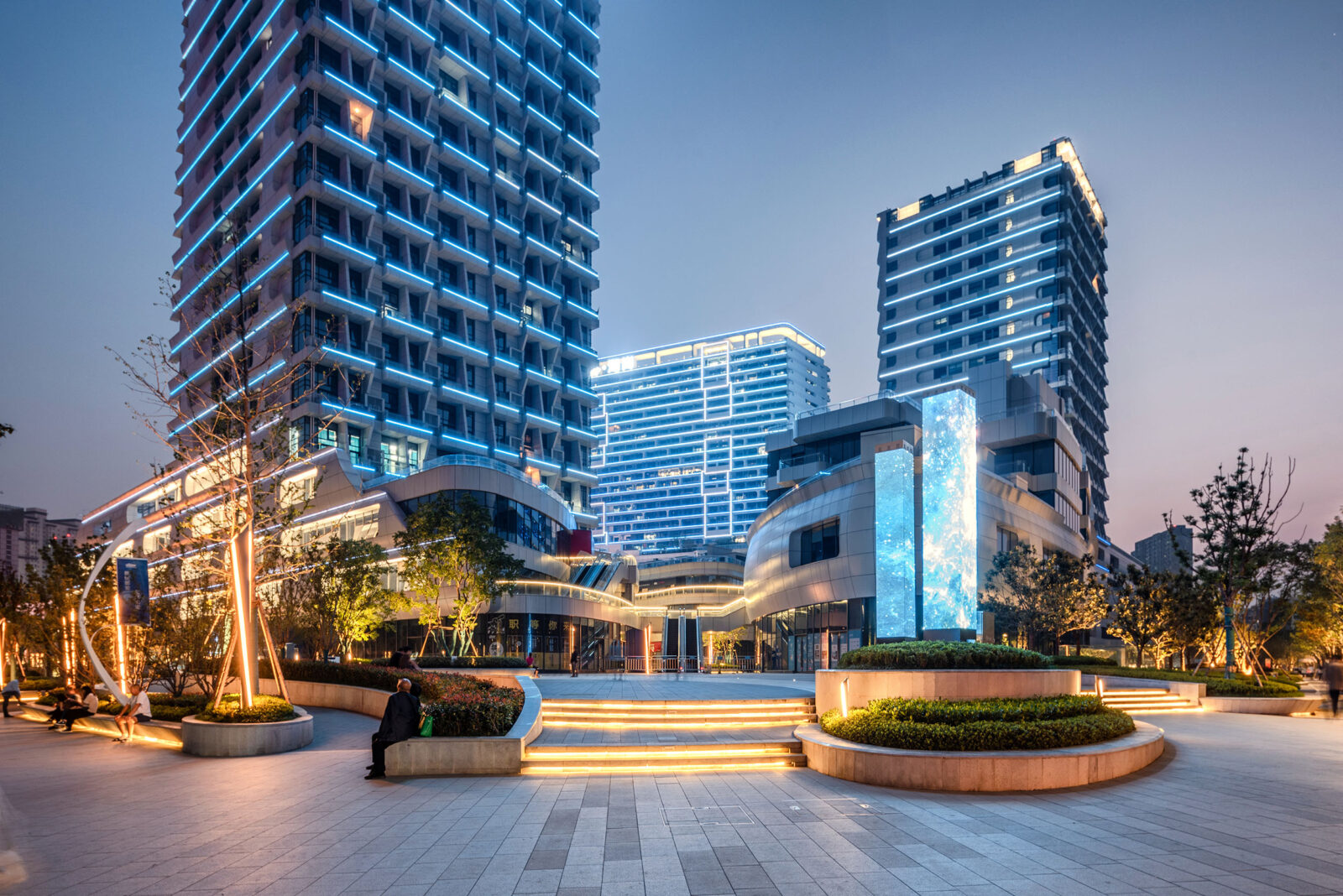 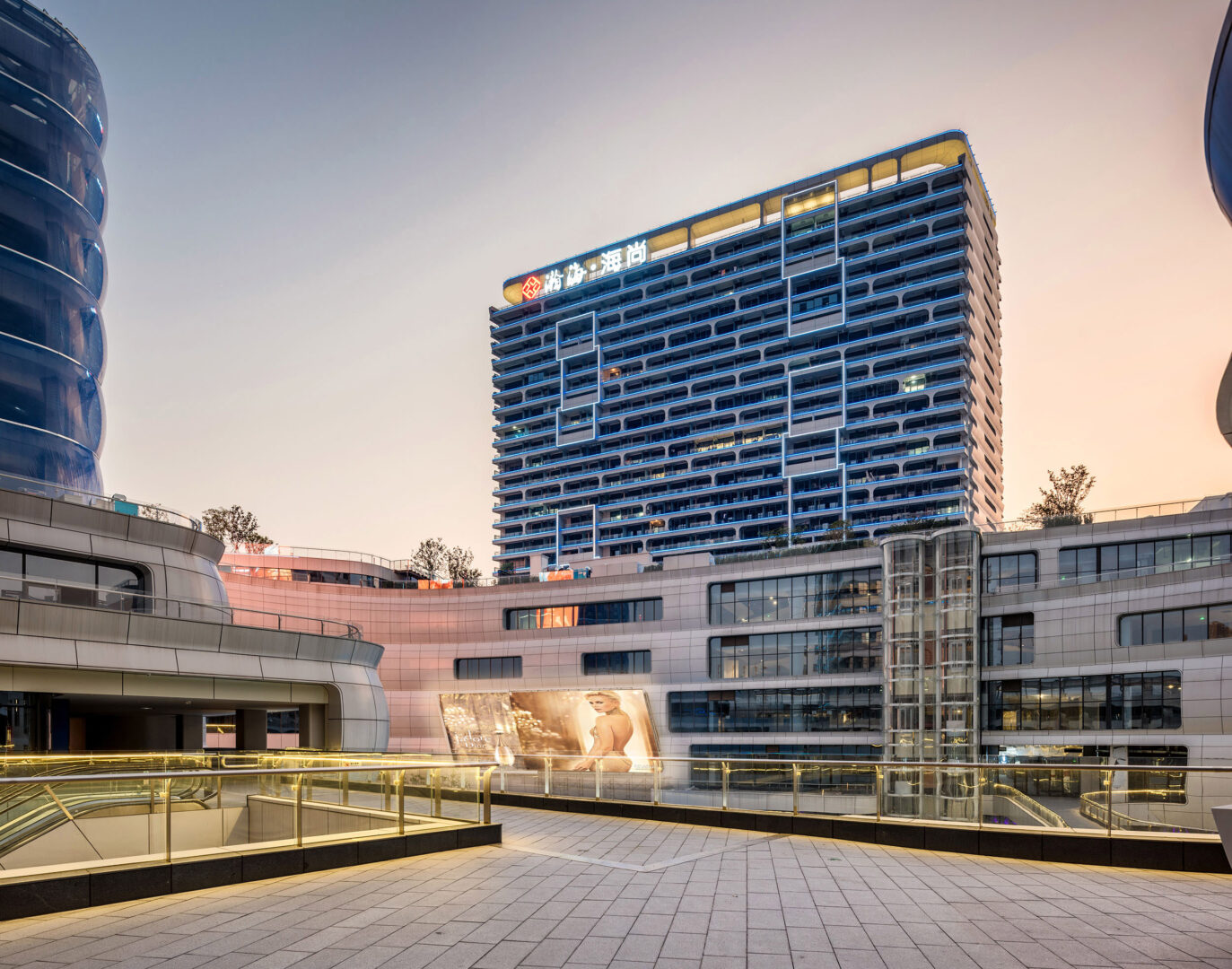 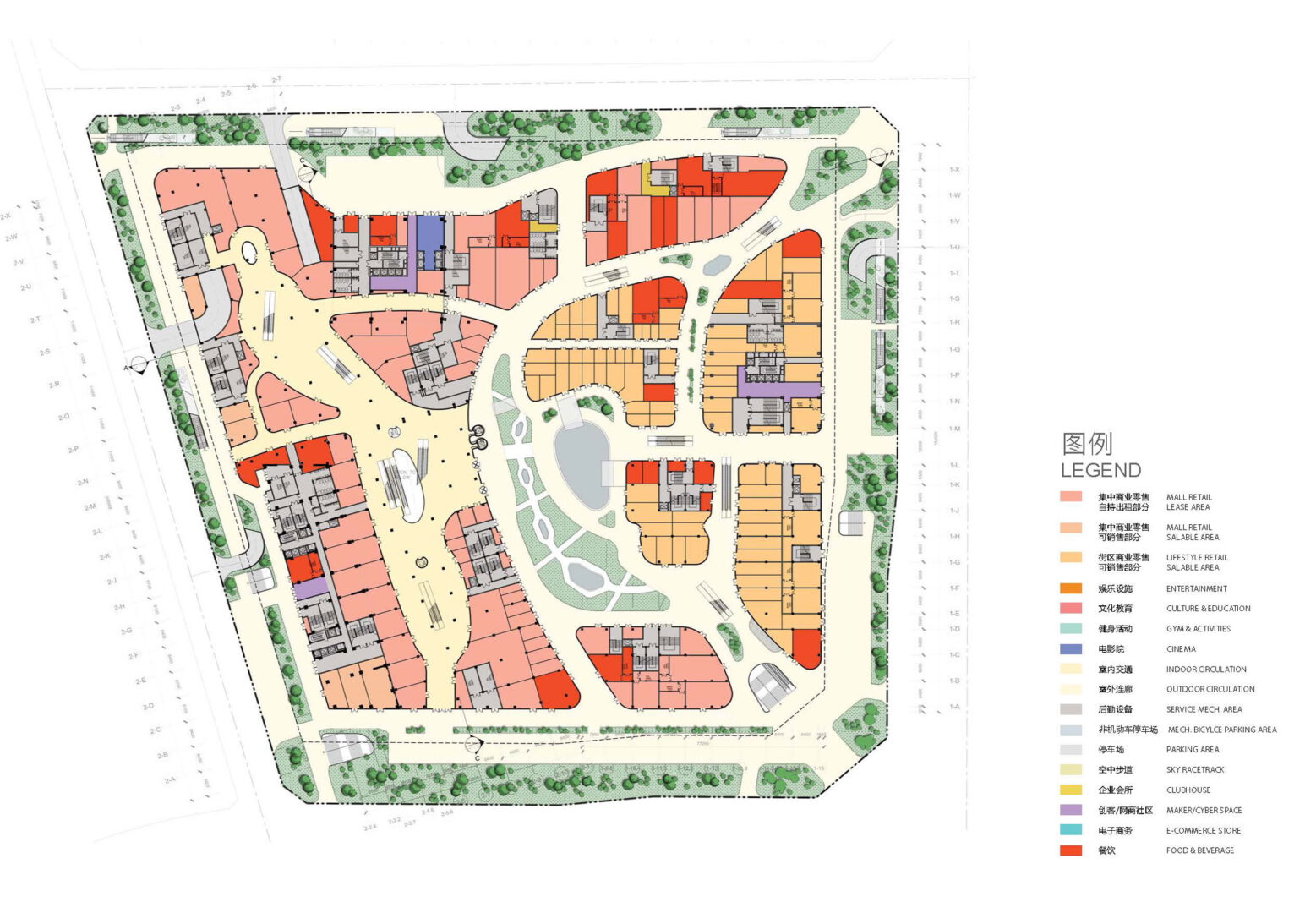 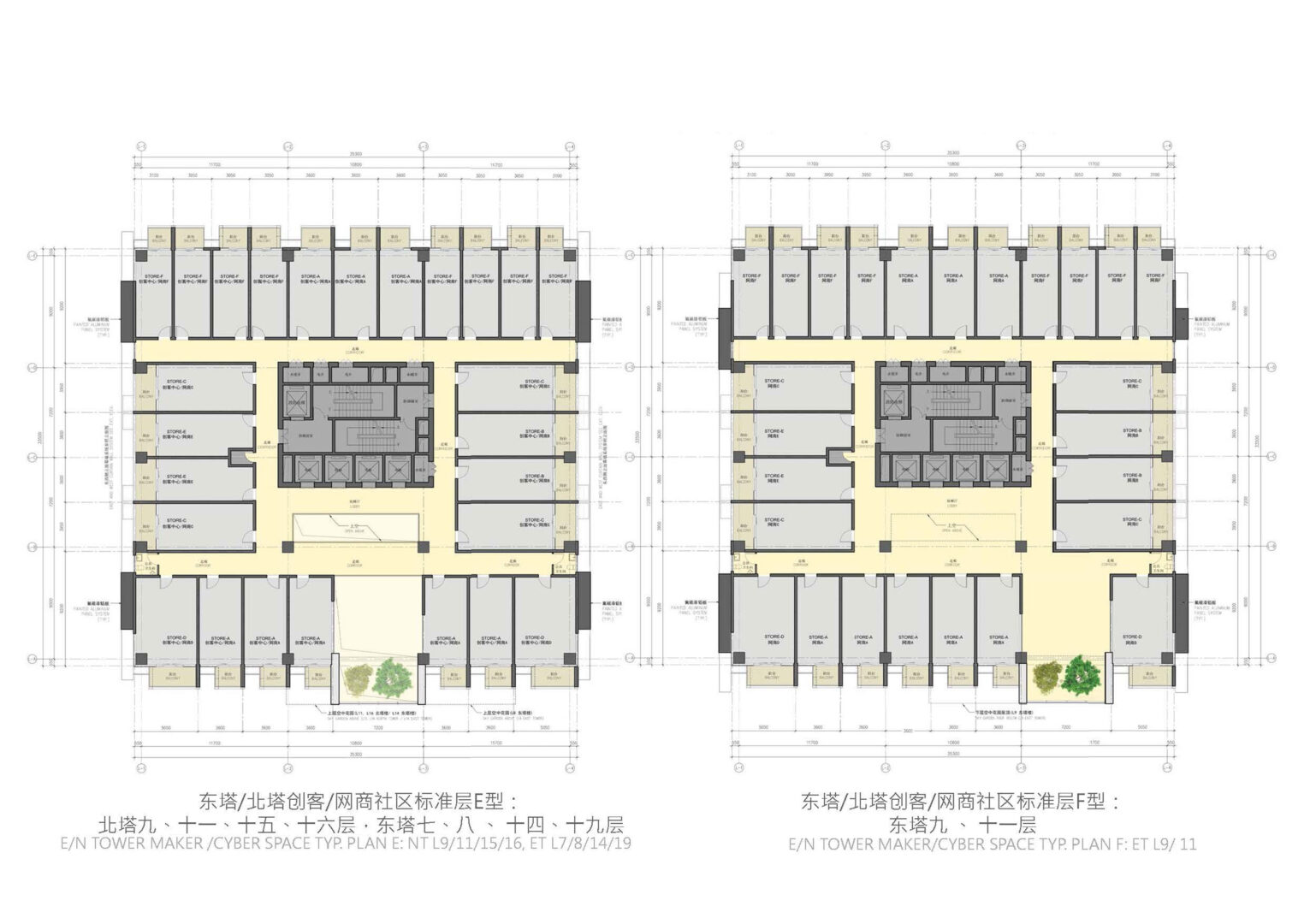