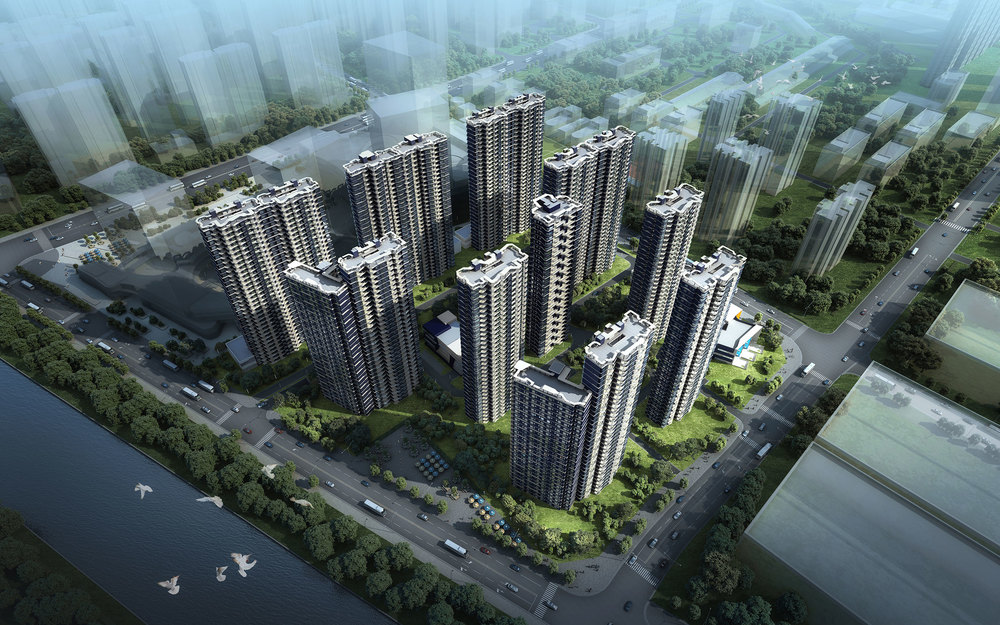 The dominant building typology reshaping urban skylines across China is the residential tower typology. At the rate in which profit oriented developments are rising it is the intention of this project to challenge the homogeneity of these designs and encourage an individualistic feeling. 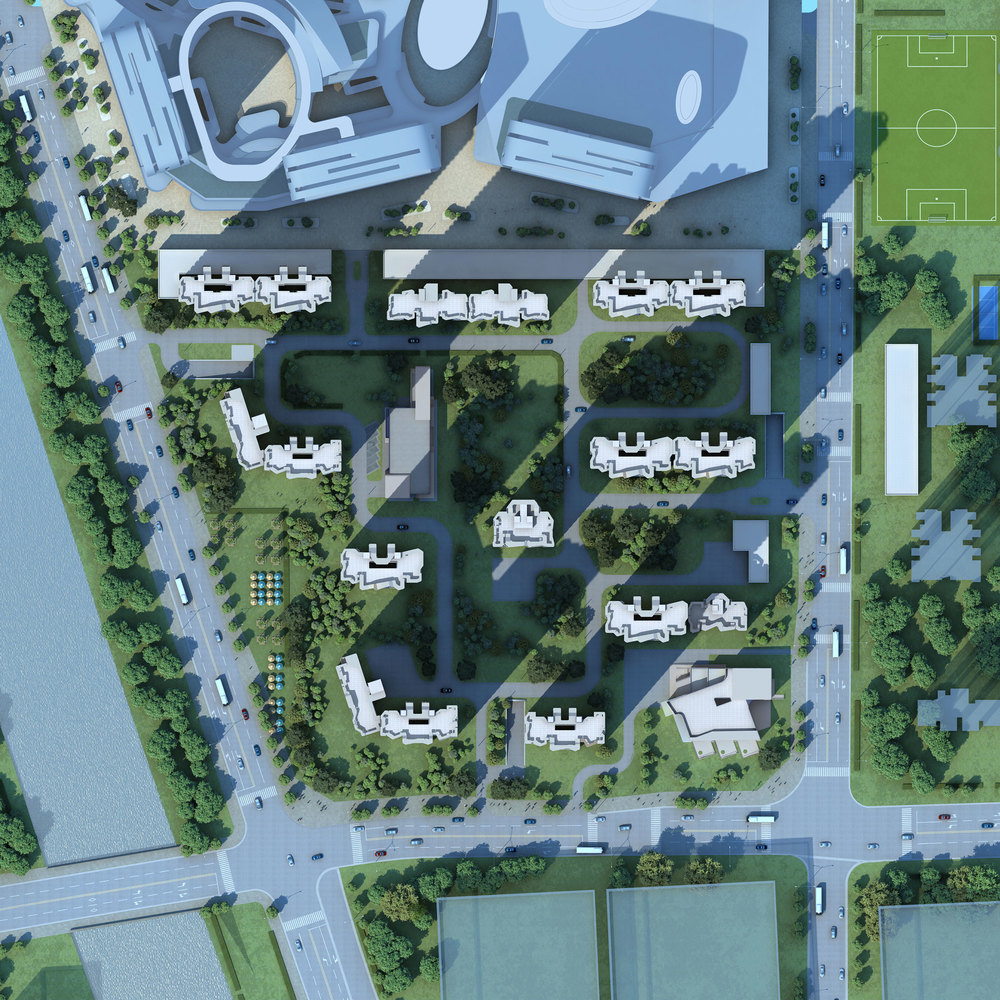 The Sinian Residential project includes the design of a community center, kindergarten, three retail buildings, and the facade design for ten residential towers. For this design challenge the intention is to create a personalized space to a mass produced residential unit by creating differentiations between exterior balcony spaces. By proposing a functional, economical, yet formally pleasing wave of balcony ribbons a personalized feeling has been added to each unit. 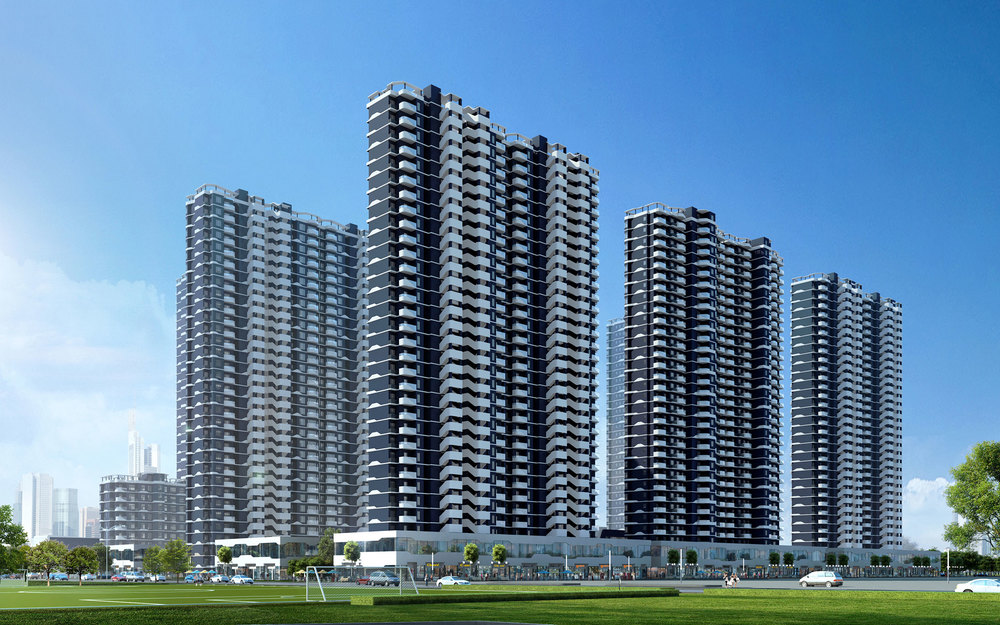 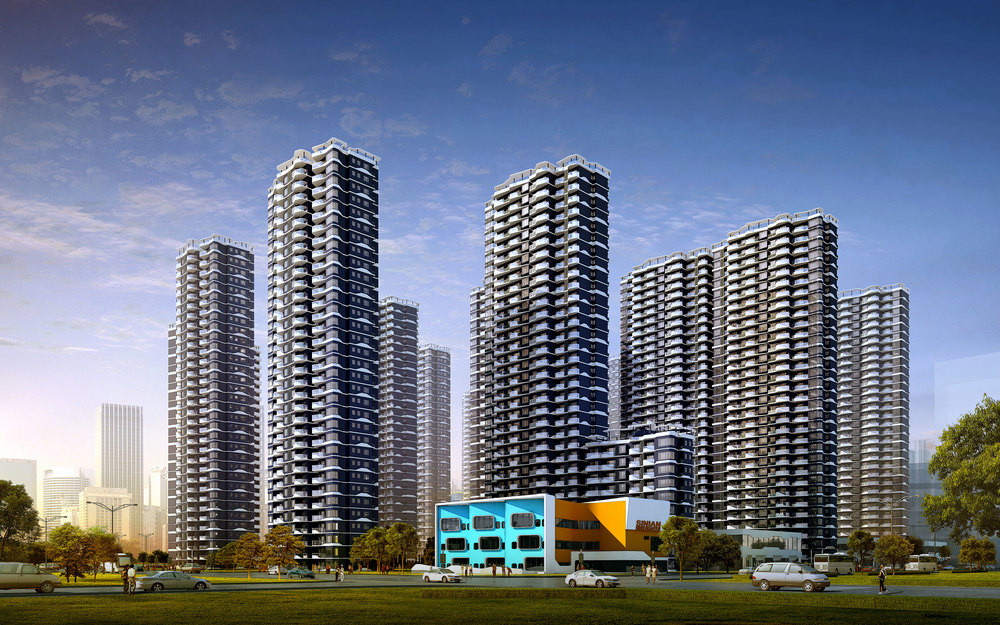 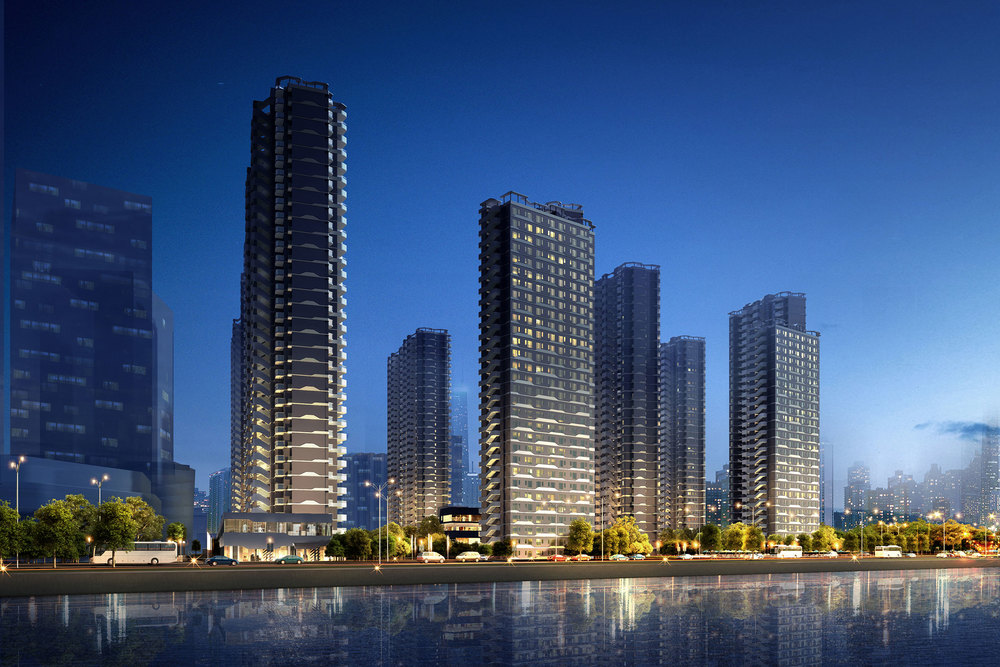 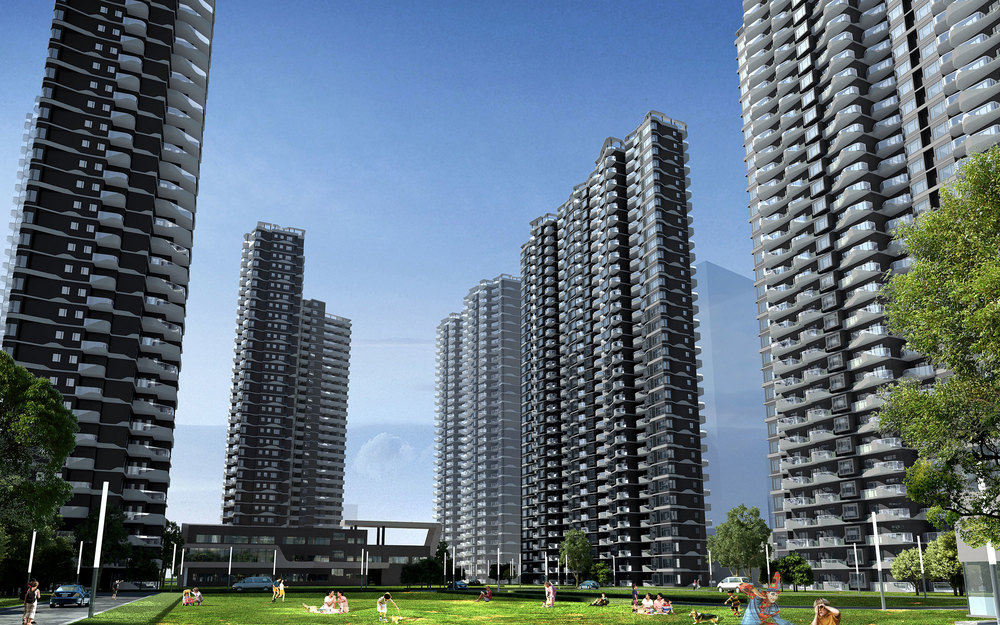 The balconies bring a human scale to the verticality of the project and mimic that of the water features proposed for the site. This approach creates a field condition projecting the dynamism of the vivid urban landscape onto the facade. The roof inherits a similar language and becomes the fifth facade of the building that symbolizes residents dwelling harmoniously under a common roof. 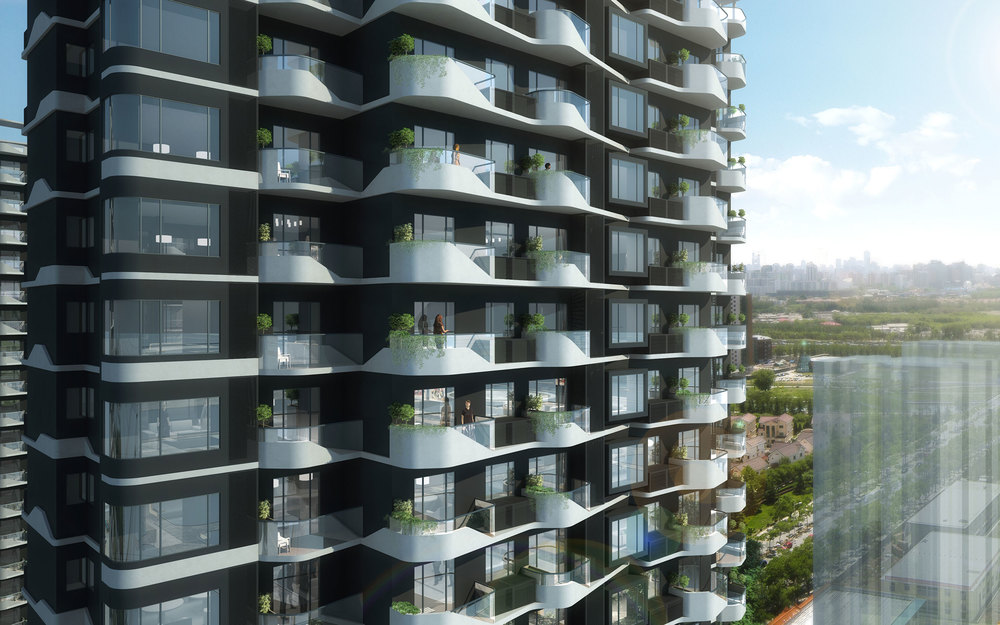 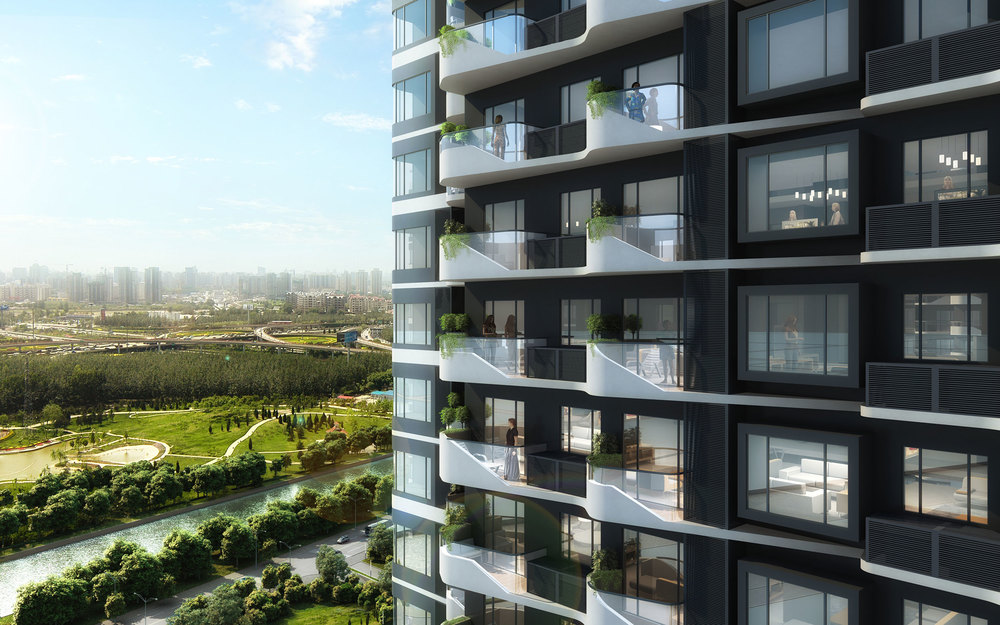 Throughout the project the duality of color from light grey to dark grey references the beauty of “black & white” in traditional Chinese housing. In addition, the dark grey aluminum on the centralized King Tower emphasizes it as the superior landmark on the site. The community center related to the King Tower displays a dark grey box with white aluminum painted masses floating from it. This ties the community to the superiority of the King Tower. The only building which breaks from this color scheme and utilizes bright colors was the kindergarten. The kindergarten’s color scheme not only came from the idea of a bright future but occupied the most prominent corner of the site thus becoming an icon for a personalized community. 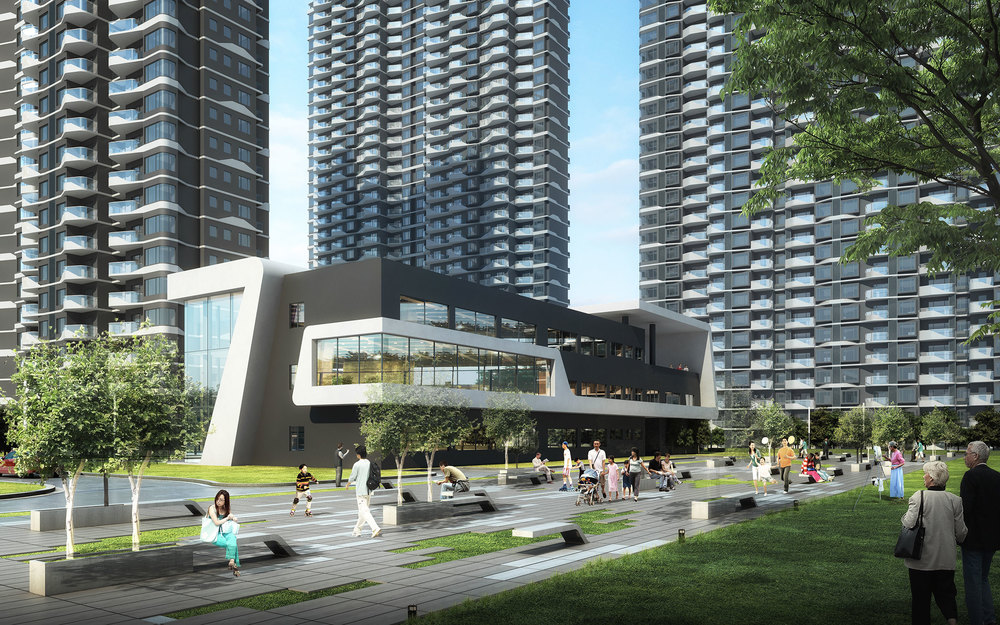